Making an exhibition of myself

by Mike Everett
Posted on: August 4th, 2016
No Comments

It’s not often that something you write ends up in an exhibition. But a piece of writing I did recently can now be seen in a Detroit museum.

Every so often, my old friend and ex-creative partner, Paul Smith, takes a group of Ogilvy executives on a training week to America. The venues vary. Previous trips have visited New Orleans, Jackson Hole, Wyoming and the Bright Lights City, Las Vegas. But the aim is always the same: to tease out the executives’ inner creativity by taking them out of their comfort zones and inspiring them with the sights and sounds of the place they visit. 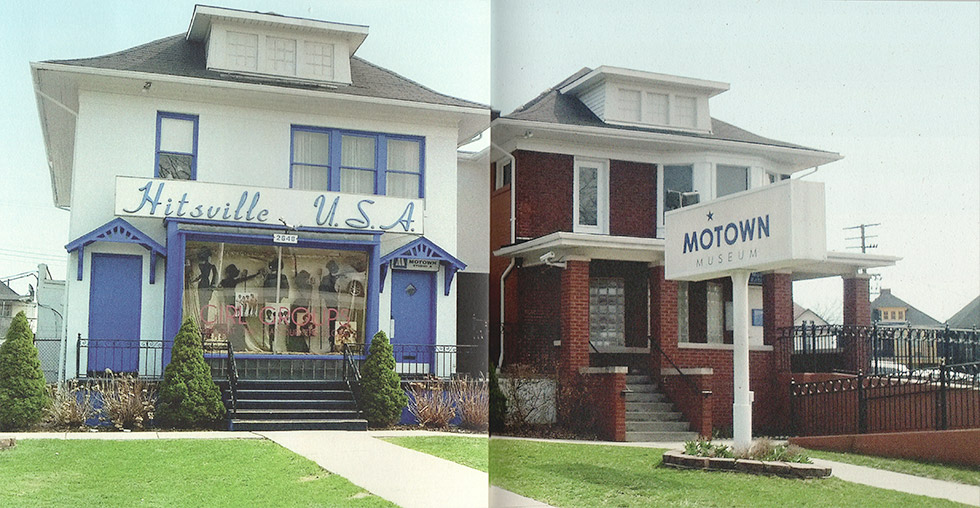 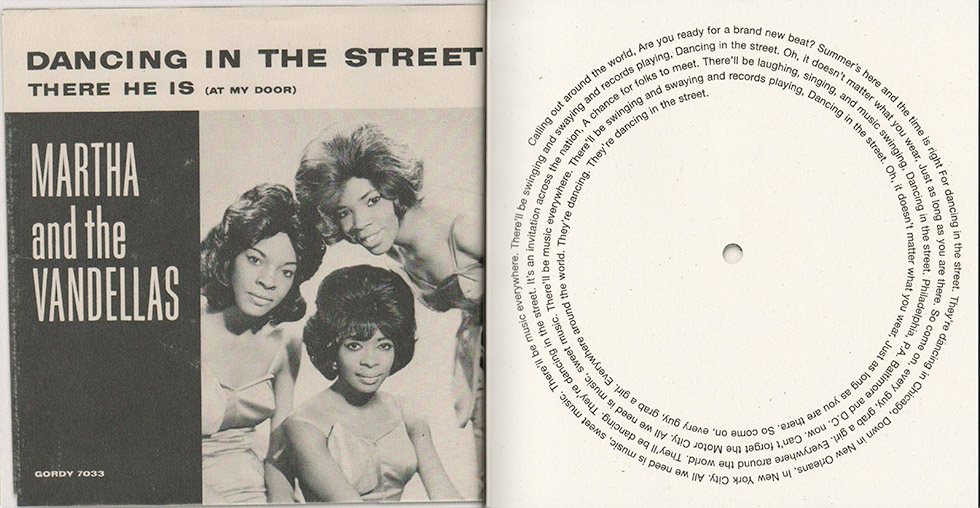 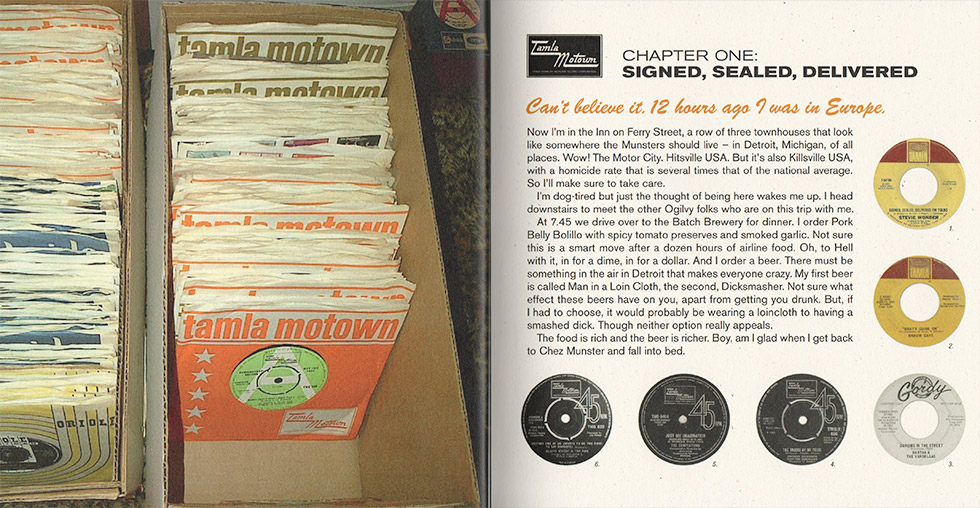 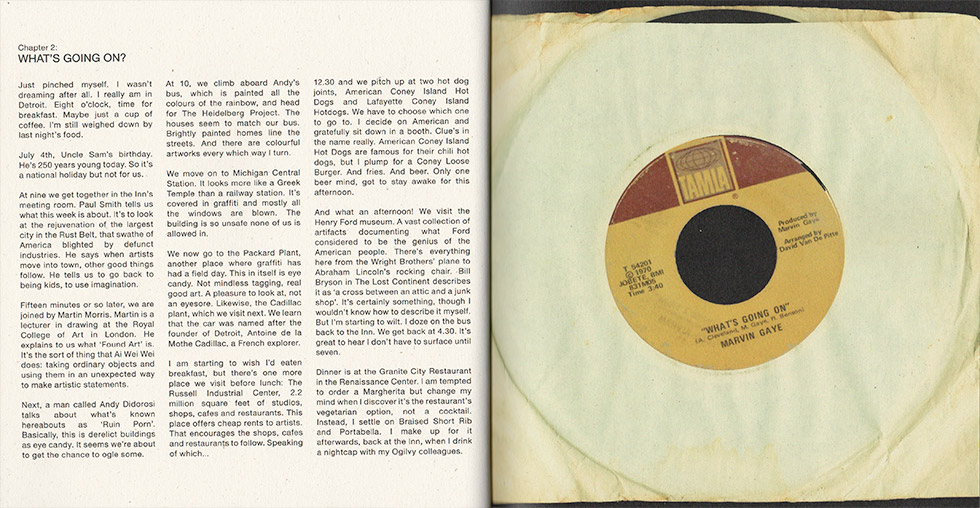 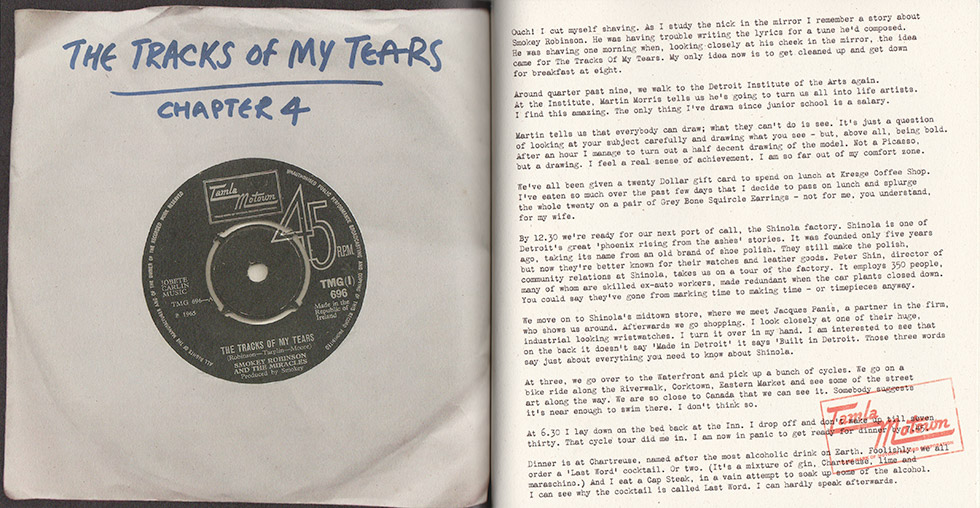 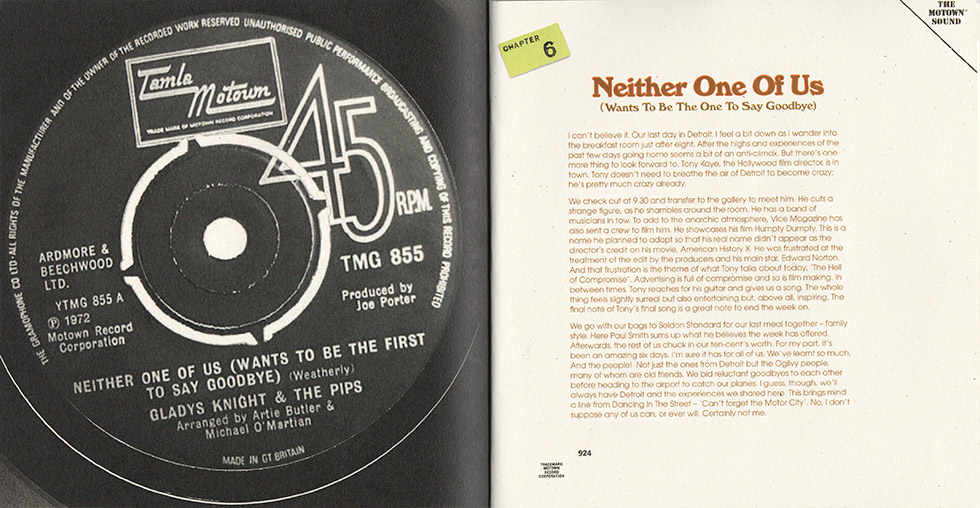 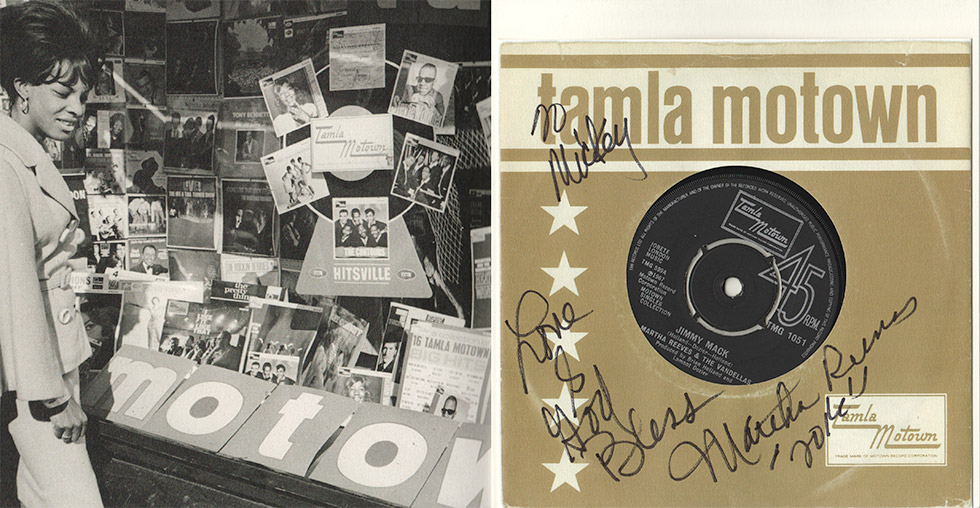 This year’s trip went to Detroit. Amongst other things, the executives visited the derelict automotive plants, described locally rather graphically as ‘Ruin Porn’. They looked round the Shinola (pronounced Shine-ola) factory and downtown store. Shinola is a real ‘phoenix rising from the ashes’ story. Originally it was a shoeshine brand (hence the name) but now they make pedal bikes, leather goods and watches as well as shoe polish, re-employing many of the redundant autoworkers in the process. But, for me, the highlight was the executives’ visit to the Motown museum, or Hitsville USA, as it is alternatively known, where none other than Martha Reeves of Martha Reeves and the Vandellas fame gave them a guided tour.

Every time he organises one of these trips, Paul asks me to write what he originally described to me as ‘an agenda that isn’t an agenda’. In other words, he didn’t want a dry as dust list of things the executives were going to do but rather, a lively account of their goings on, to be included in their welcome packs. At first this brief foxed me and I made quite a few false starts. But then it occurred to me that I could write the agenda like a diary, in the first person singular, in the present tense. Thereafter these booklets became a dream to write.

The latest booklet, entitled unsurprisingly, ‘Hitsville USA’ uses the titles of Motown songs as chapter headings. Motown records and their covers pepper the booklet, and it so impressed Martha Reeves that she has included a copy as an exhibit in the Motown museum. Wow! I’ve won awards before. But never before has anything I have written been considered worthy of a place in a museum. Just shows you. There’s a first time for everything.

If you ever go to Detroit, you should certainly visit the Motown museum. Oh, and I should pay tribute to the very talented Mark Osborne, who designed the booklet and two of the others that I have written for Paul. He’s somebody who’s got the hang of it, big time. A bit like Martha Reeves.

Our online survey has already given quite a few gin brands food for thought. Why don’t you ask us how your brand fares?

With just a week to go, how Anatomised produced a much-needed promotional film.